When the Sunday Times anounced that Palma is the city with the best life quality worldwide in 2015, this surely had a lot to do with its’ character and charm which is due to the incredible diversity and extremes of architecture found in the city. Architecture in Mallorca is actually free for us to admire, and hell are there masterpieces to see. Dive into the world of architecture and design with us for a moment, we spoke with one of the greatest in Mallorca - Alejandro Palomino. An architect who takes contemporary design to a different level, who finds satisfaction in the most complex tasks and who leaves visible footprints all over Mallorca.

Architecture is basically everything that has been build and in Mallorca this started as far as we know with the Talayots, building round stone “houses” which offered shelters. The next era was dedicated to the Phoenicians, Romans and Late Antiquity in the 8th century, you can still see remaining roman ruins in Pollenca for example. If you ever visited the Arab Baths in Palma you have travelled back to the 10th century. Also within Palma we find treasures from the 13th to 17th century, the modern era with buildings like the Cathedral La Seu or the Castillo Bellver which Jaime II built. 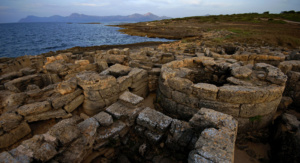 Buildings like “Can Corbella”, the “Gran Hotel”, “Can Cassayas” or “Casa de las Medias” are some of the examples of the modernism and art nouveau style influenced by architects like Gaudí or Lluís Domenech. 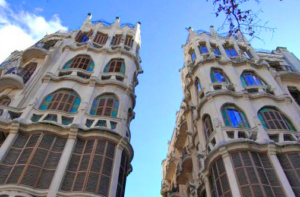 The present and the future

Arriving to the 21st century, contemporary design seems to be the new lifestyle which can be found eloquently fitted between historic buildings. What has changed is the way we can live, light does not equal unbarable heat, thin walls does not mean unstability and high ceilings is not a waste of space but a sensation of freedom. We expect a high level of life quality form our 4 walls and architects have the tough job to fulfill those wishes.

We asked Alejandro Palomino about architecture in Mallorca and his personal architecture. 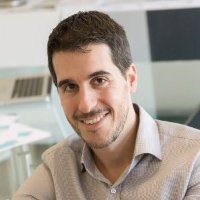 In first place, which design or buildings impress you the most in Mallorca as an arquitect?

To me there are three buildings which act as references of the island.

La lonja, for its simplicity, pragmatism and beautiful outdoor space which is created by the pillars.

The Bellver castle, for its singularity and sobriaty.

La Seu, as icon of the island. La seu further is a landmark for evolution which is demonstrated by an architectonical frame of this quality, thanks to the interventions of Gaudí and Barceló.

You mainly build residential buildings, is this correct?

Exactly, within our company the residential construction is one of our “main targets”.

Within the residential architecture, which are the changes in style you could observe during the last decades?

The architecture is a reflection of funcionality. The modern life is completely different to the life before. At the moment we are directed by social media, our identity is more exposed then ever, and we are happy to do this. That, we reflect in our architecture, we open up the properties to their surrounding. I cannot imagine to create a property without the large window fronts, opening it to the exterior. This can be towards anywhere like a patio but this line which separates the interior from the exterior disappears nowadays. Currently we have developed our new concept “liquid architecture” which refers to the project not being tight to a style or an image but like a liquid it adapts to the plot, the surrounding, the client and the economic situation. 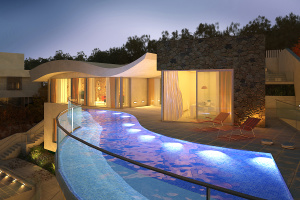 Which are the materials we usually see in Mallorca and have there been a lot of changes in comparison to the past?

Mallorca is an island of stone, the constructors were called “pedrers”, but the most important materials are intangible – the light and the sea.

Are there any new tendencies?

There are always new ideas and concepts evolving. Right now the architecture develops very quickly. Due to globalization we have the opportunity to see something that has been created on the other side of the world in the same momento, in real time.

What do you recommend the people who are interested in buying here on the island?

The most important is to find the advice of great profesionals.

Now a question in regards to your roots – the egg and chicken question. What was first, your design ideas or people requesting it and you adapting to their enquiries?

In my case it was definitely the case of the egg. In 2000, contemporary architecture was unusual in Mallorca and this was my differential mark I went for. In those days I had clients who did not know modern architecture and when I showed them the possibilities you have with those designs, they fell in love with the project and we could get it started.

ANOTHER POSTS OF YOUR INTEREST